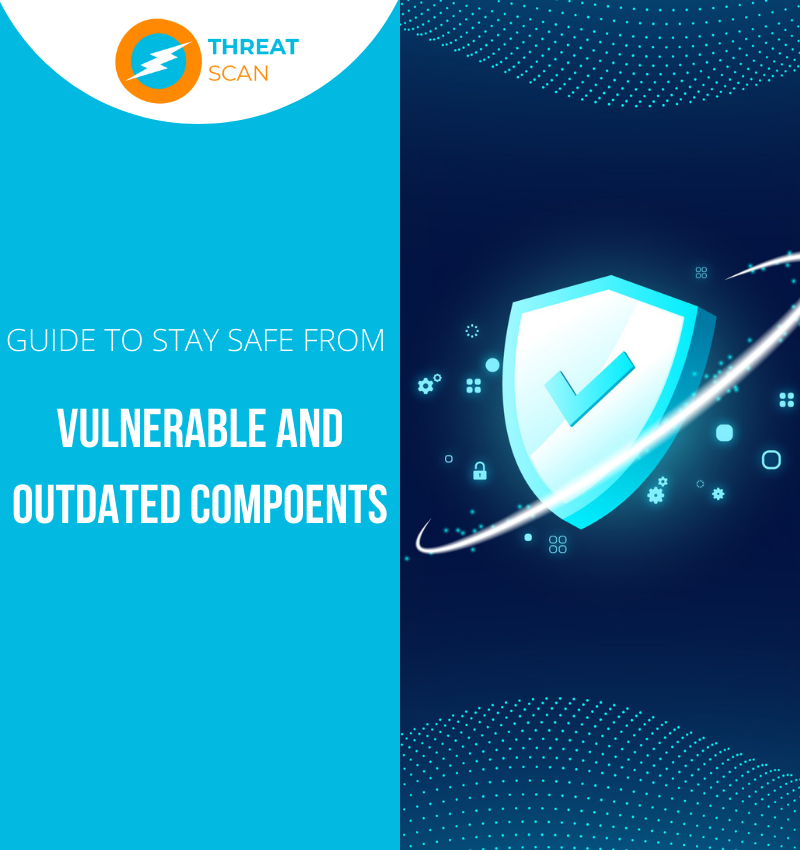 When we first hear the terms vulnerable and outdated components the first thing which occurs in our mind is some components which has not been updated and contains vulnerabilities. While designing an application there are some inbuild packages that makes your task easier, any web development organisation uses libraries and frameworks like Bootstrap, jQuery, VueJS , ReactJS and so on. If the components that we are using to build our application become outdated or don’t receive security patches then the user will be impacted by that so to keep the users safe from vulnerabilities With ThreatScan. ThreatScan’s automated engine and fully managed manual penetration test, we test over 120+ different checklists which includes owasp top 10 and additional checks designed for your web application. ThreatScan is considered to be one of the best penetration testing as a service platform in the industry.

How to find out if your Components are Vulnerable and Outdated

You may believe it or but managing the dependencies which is owned by you is a huge amount of work. You may think it is just running in update command or downloading the latest version from the web but there is much more to it, you may notice that your apps might break with the latest change, some features may not be working smoothly as it should and it might not work on your system without breaking some other dependencies.

To be aware of the severity of one of these vulnerabilities we need to look at this from all the possible angles. After all, you want to fix things which are discovered by your internal scanner. The best practice would have you fixed all the outdated dependencies but logic says that when a bug bounty report comes through which impact cannot be shown on our infrastructure then we hesitate to pay the bounty. After all what’s the harm in keeping an outdated dependency, right? Well, I can guarantee you that it can definitely harm your company because what one hacker is not able to exploit can still be exploited by another hacker. One example which is often seen in real life targets would be outdated version of JavaScript being vulnerable to XSS. So, should you report this? Well, it depends. I would always want these reports to be accepted no matter what the impact because what might not hurt you now might become a huge problem later when new functionalities can be added.

How does Vulnerable and Outdated Components Affect Business?

This vulnerability can bring big impact to the business because it is very easy to exploit. If the attacker is able to discover the vulnerable components which a particular application is using, it can be easily exploited since the exploit methods are already out there in the surface web and in the dark web and the attackers just have to make use of it and can cause minimal to serious impact and sometimes complete data compromise. These kinds of vulnerability can easily bypass the security defense of the application and can also act as a pivoting point to enable various other attacks for example hackers invoke a web service with full permission without providing an authorization token or perform a remote code execution. The weakness of using vulnerable components is that the attackers can use some of the attack technique such as cross site scripting (XSS), injection attacks and broken access control.

Some Past Breaches which Occurred Due to Outdated Components

How to Prevent Vulnerable and Outdated Components Vulnerability

Want to identify if your application has vulnerable and outdated components, we recommend ThreatScan. ThreatScan’s automated engine and fully managed manual penetration test, we test over 120+ different checklists which includes owasp top 10 and additional checks designed for your web application. ThreatScan is considered to be one of the best penetration testing as a service platform in the industry.