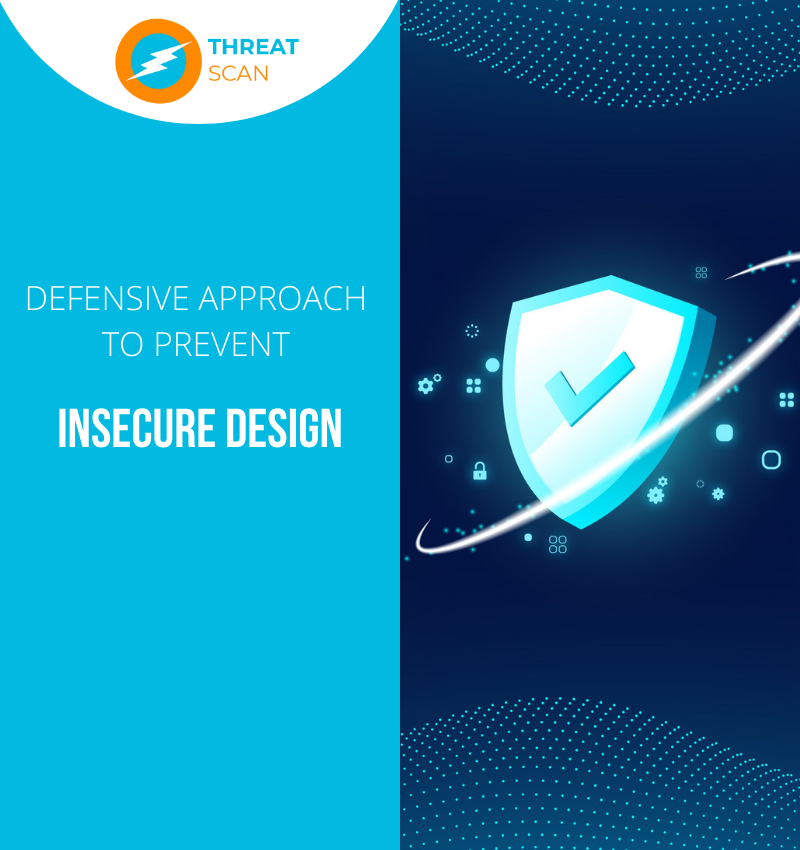 When we first hear the term “Insecure Design” the first thing that comes to our mind is some application or software which has improper security implementations. Designing an application which is secure requires a lot of time and effort, expertise, design knowledge, and architectural discussions and if the application is not designed secure it may open doors for security vulnerabilities.

What is Insecure Design Vulnerability?

As the name suggests insecure design are those vulnerabilities that exist due to lack of security implementations in an application. It indicates that best practice for designing software has not been taken into consideration. Let’s imagine that we are building a house and the base of the house is not strong then the house will be collapsed in a short period of time similarly while developing an application if the security standards are appropriate or as per SDLC requirements then the application will have security issues, we can also check for Insecure Design vulnerability and any other vulnerability with ThreatScan. ThreatScan’s automated engine and fully managed manual penetration test, we test over 120+ different checklists which includes owasp top 10 and additional checks designed for your web application. ThreatScan is considered to be one of the best penetration testing as a service platform in the industry.

Some Common Weakness Enumeration that Exists because of Insecure Design

Cwe-209(Generation of Error Message Containing Sensitive Information): The software may issue an error message containing sensitive information about your environment, users, or other related data when the error occurs due to invalid entries or access to a resource that we do not know or we don’t have access to.

CWE-256(Unprotected Storage of Credentials): Storing a password which is in clear text form may compromise the entire system. All the sensitive inputs such as passwords should be encrypted.

CWE-501 🙁 Trust Boundary Violation): It occurs when the program cannot differentiate which data is trusted and which is not.

CWE-522(Insufficiently Protected Credentials): It occurs when the software stores the confidential authentication credentials in an insecure manner which makes it easy for the attacker to gain access to them.

Why do Insecure Design Vulnerability Exist?

Insecure design vulnerability exists because the security control is not properly implemented by the team or the team is unaware about the business risk and the controls that are needed to be implemented in the software that is being developed. Securely designing an application means evaluating threats which verifies that the coded application is very secure and doesn’t have any vulnerability. If the team resolves the threat as soon as it is detected it will be good for everyone and mostly, they will not be affected by the vulnerability. The threat model approach should be referred by companies to hunt for threats.

How to Prevent Insecure Design Vulnerability

If you want to mitigate insecure design vulnerability, we recommend using ThreatScan. ThreatScan’s automated engine and fully managed manual penetration test, we test over 120+ different checklists which includes owasp top 10 and additional checks designed for your web application. ThreatScan is considered to be one of the best penetration testing as a service platform in the industry.