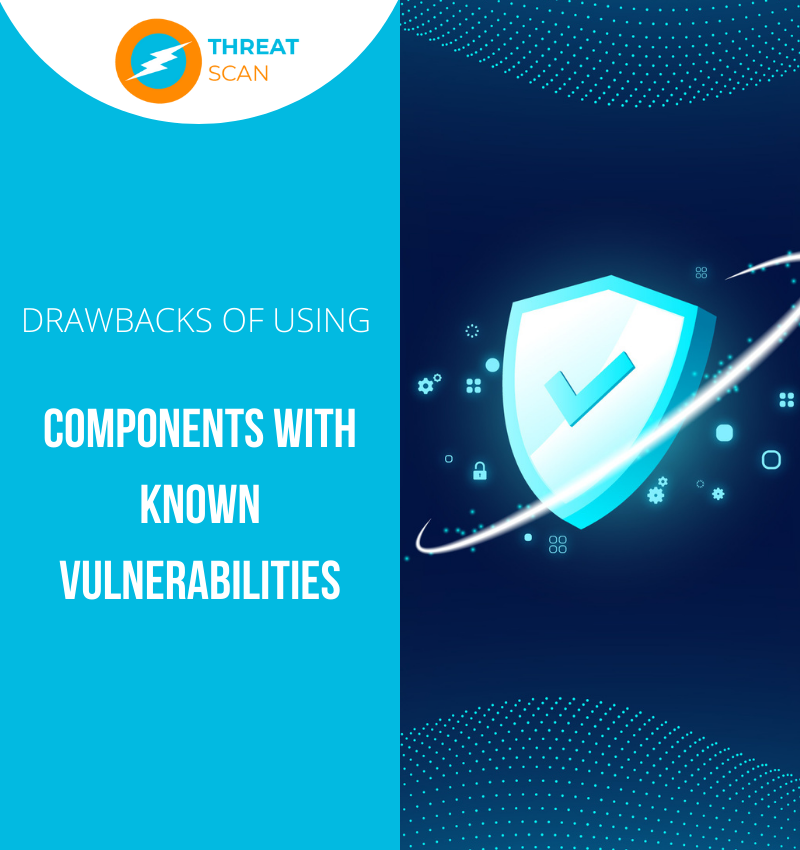 Web applications frequently rely on a variety of open-source components, and most attacks are orchestrated using components with known flaws. To help organisations improve their security posture, the open Web Application Security Project (OWASP) provides educational content, methodologies, conferences, and open-source software projects. The project is run by a community of volunteers who provide free and easily accessible materials, making it simple for anyone interested in web application security to get involved.

This process of updating things and ensuring that they remain the latest sounds simple, but it’s quite a lot of work, and sometimes it’s not that simple unless you are willing to put in more time and update your code to get it to work well with the latest and greatest updates.

Some things to look out for are:

Web development has grownup exponentially, due in part to the open-source revolution. Developers can develop rich and sophisticated applications with very little price and effort by integrating open-source development tools, frameworks, and languages. Security researchers and testers generally use automated tools to uncover compromised or vulnerable elements and then publish their findings on issue trackers, security advisories, or the National Vulnerability Database (NVD). Any competent attacker who finds this data will use it to exploit application surfaces.

This issue is more prevalent because most organizations use many open-source integrations that complicate the IT scheme. In addition, these third-party elements are generally implemented with full access privileges, making them easier to exploit.

Organizations perceive that no application, open-source or closed-source, will be fully secure.The majority of security vulnerabilities are discovered by security researchers and DevSecOps teams after an application has already been deployed. These professionals generally document and publish their findings so that patches will be applied. Attackers generally search these publications for those elements whose known vulnerabilities haven’t been patched or organizations using outdated versions of these plug-ins.

The use of outdated libraries is additionally fueled by the shortage of existing version standardization systems.As a result, the majority of open-source developers and owners fail to specify vulnerable versions of their products. In addition, libraries use different version numbering systems that can’t be understood by all developer team members, confusing code actuation and deployment. The vendors also use disparate vulnerability tools, so teams can’t search for discovered vulnerabilities collected in a centralized, organized pool.

What are the consequences of using components that have known vulnerabilities?

This specific vulnerability will bring massive risk to the business, particularly because of its easy exploitability. Suppose the attacker can identify the vulnerable elements that a particular application uses. It will be easily exploited since the exploit methods are already out there on the web. Also, the attacker has to use it and might cause a marginal impact, serious or maybe complete data compromise, or result in server/host takeover for organizations.

This vulnerability can simply bypass the application security defenses and act as a pivoting point to enable various attacks. For instance, hackers can even invoke an online service with full permission without providing an authorization token or conducting a remote code execution. The weakness while using vulnerable elements include injection, XSS and broken access control.

The following are some best practises for keeping applications safe from known vulnerability attacks:

SCA is a cluster of automated processes and tools that change the codebase to identify open-source software systems. SCA was initially developed to investigate code quality and security however has evolved to alter the tracking and awareness of open-source limitations and vulnerabilities. SCA involves inspecting source code, manifest files, container images, package managers, and more, grouping them into a Bill of Materials checked against various reliability databases. Additionally, these tools might compare against enterprise databases to find the contribution history, version control, and different measures of overall code quality.

An effective solution to mitigate identified vulnerability attacks is continuous testing and monitoring for vulnerabilities. Monitoring is often accustomed to examining the performance and validity of transactions through log and event monitors. Monitoring solutions are also used to assess the performance of dependencies, like third-party open-source dependencies. These metrics will facilitate teams to understand whether or not these elements are running perfectly or with identified vulnerabilities.

Develop Products using only the Necessary Features and Permissions

Many development teams embrace open-source frameworks and elements to extend the attractiveness or interactivity of their applications. Some of these include options that the application doesn’t require full permission. These source elements are rarely used or checked upon, creating open ground for attack initiation. It’s necessary to use only the options required for application practicality, with minimum privileges, reducing the chance of a productive vulnerability probe.

Organizations should set out a clearly defined patch management and versioning process to keep all components secure and informed by DevSecOps personnel.The security patching procedures should be defined in accordance with the data requirements of the application. The policy should also include the procedures to be followed after detecting vulnerability.

How to prevent attacks due to components with known vulnerabilities

The security weakness here is that most development teams fail to ensure that the components/libraries are up to date. The preventive mechanisms include: