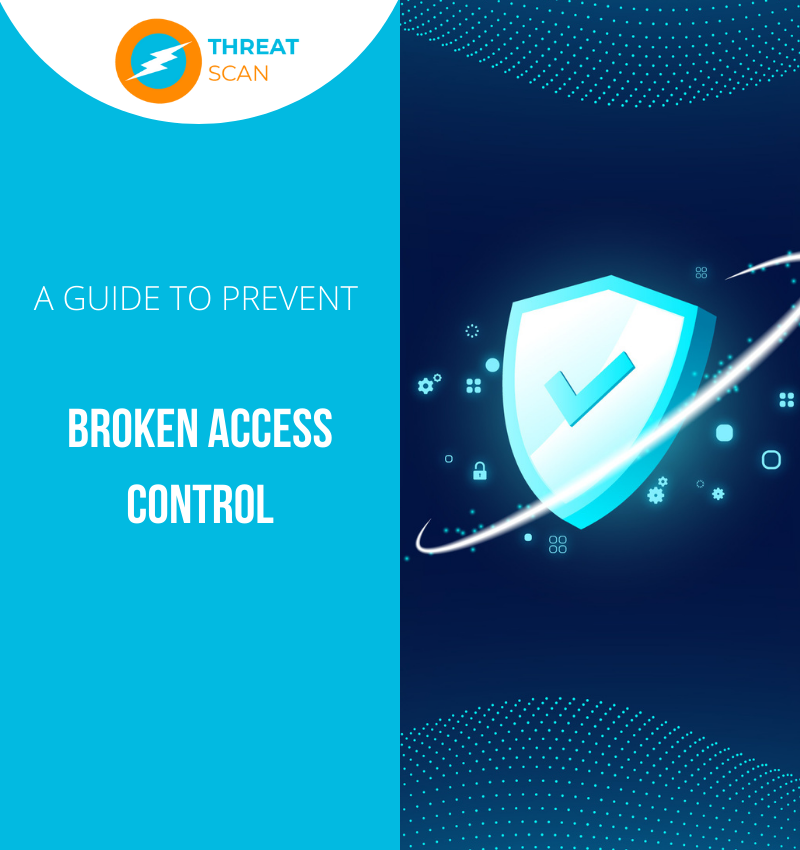 Broken Access Control vulnerabilities are common in modern applications since the design and implementation of access control mechanisms rely on a highly complex ecosystem of multiple components and processes. In such a complex, changing ecosystem, security teams should apply several legal, organizational, and business logic to ensure the technical stack is watertight and has no room left for hackers to exploit the system.

Access control issues are unremarkably encountered, and they often pose concrete security risks and significant vulnerabilities. Since the design and management of access controls may be a complicated and dynamic drawback, errors are probably high. As a result, access control designs and decisions must be made by humans rather than computers.

Broken Access Control features in the OWASP Top 10 vulnerabilities since hackers will exploit these to masquerade as users and access resources using privileged functions. Most access control schemes don’t seem to be deliberately designed using a guided framework. Instead, they evolve with the web application’s use.

Besides this, a flawed access scheme is easy to identify and exploit. In most cases, the hacker must make a request for content or functions that they are not authorised to use. Once a flaw has been discovered, the consequences can range from minor to severe, depending on the sensitivity of the content and the protection controls in place.

The following are some examples of vertical privilege escalation attacks caused by faulty vertical access controls:

Some context-dependent privilege escalation attacks include:

Almost every web server and application deployment are prone to a minimum of one broken access control vulnerability. Depending on the resources the attackers get the permission to access, the impacts of a fortunate attack can be detrimental. Failures in access control can have the following business consequences:

Once an attacker has gained unauthorized access privileges, they generally crawl the site for data on gaining additional permissions. While doing so, they access sensitive system and user information, which they can acquire from the black market or alternative malicious acts. With a fortunate attack, the hacker can view, modify, or even delete the sensitive information, preventive system performance, the company’s reputation, and accessibility.

Hackers exploit access flaws mainly to gain privileged access to protected resources and services against normal users and applications. Typically, hackers initially intend to take charge of as many user accounts as possible. With an elevation of privilege, hackers will steal user information or deploy malicious payloads that can damage and compromise the entire application hosting ecosystem.

With access to various user accounts, attackers will deploy bots on these accounts and use them to cause the system to crash by sending various requests at a go. Additionally, they deploy malicious payloads that render the application inaccessible and unavailable for legitimate users and services.

Broken Access Control is a high-ranking OWASP vulnerability that occurs on a regular basis, has a moderate exploitability, and has extremely deep and harmful consequences. Additionally, broken access control is a leading factor in data breaches and leaks, which result in huge penalties, loss of business reputation, and exposure of client information to fraudsters.

It is, therefore, essential to deal with these vulnerabilities before attackers take advantage of them and, in general, establish an access control policy.

Every organization needs a technique to evaluate the effectiveness of access control choices. It is, therefore, essential to possess a central, managed interface to document the access control schemes used and aid in the design of a framework used to test the success of established access control mechanisms.

Organizations should only trust server-side authentication & authorization because it applies identical controls to all services, users, and applications. Security teams and developers ought to develop a guide for separating duties. For example, Role templates help the server validate requests based on permissions associated with the specific role and not grant access to unauthorized users.

It is necessary to make security testing a continuous, consistent process by constantly testing and auditing access control mechanisms to confirm they are intended. Additionally, efficient testing helps teams identify newer vulnerabilities and flaws as they come up, enhancing the organization’s confidence in their implementation of access control.

Disable Web Server Directory Listing and make sure no file metadata (e.g.,.git) or backup files exist within the web root.

Every developer should make sure that their source code contains rules that declare access to each resource at the code level, with access being denied by default. To avoid common programming errors, it’s also critical to use secure coding practises.