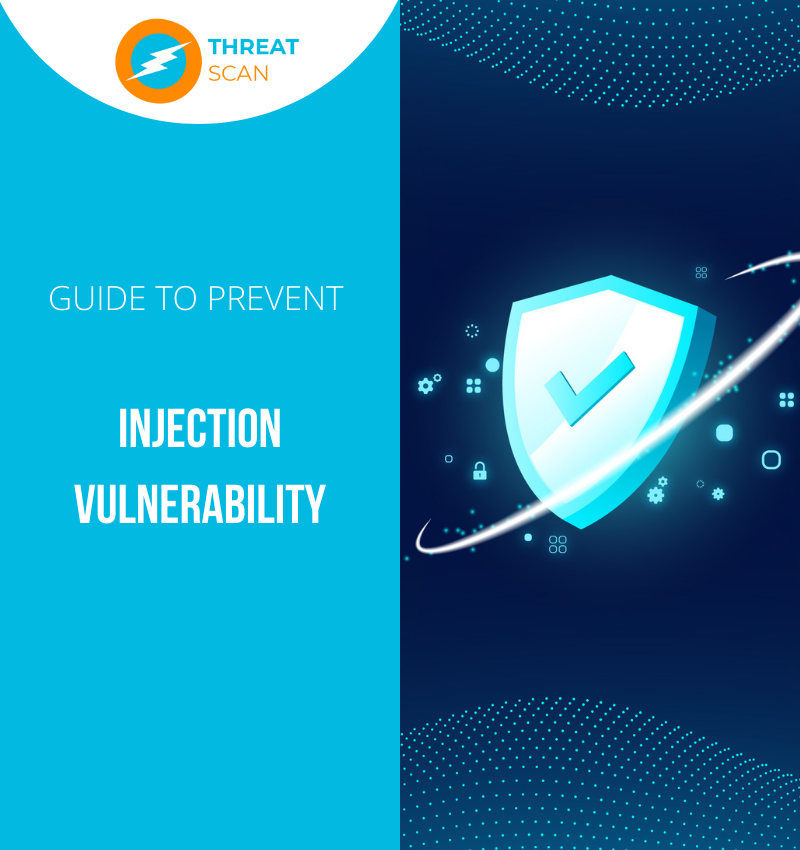 Injection, the first on OWASP’s Top 10 list, is commonly found in database queries and OS commands, XML parsers, or when user input is sent as program arguments. OWASP is a non-profit organization that enhances the security of software and the internet.

What Are Injection Attacks

Injection attacks cover a wide range of attack methods. In an injection attack, an attacker provides a programme with untrusted input. An interpreter processes this input as part of a command or query. As a result, the program’s execution is altered.

Injections are amongst the oldest and most dangerous attacks geared toward web applications. These can lead to information stealing, data loss, loss of data integrity, denial of service, and full system compromise. The main reason for injection vulnerabilities is typically insufficient user input validation.

Injection attacks, particularly SQL Injections (SQLi attacks) and Cross-site Scripting (XSS), are not only destructive but also widespread, particularly in legacy applications. This attack type is considered a significant drawback in web security. It is listed as the number one web application security risk within the OWASP top and for a good reason.

Databases back the overwhelming majority of web applications and most of the popular database management systems use SQL (Structured Query Language) as the data access language. A cybercriminal uses a SQL query (or another SQL statement) in the information entered into a web form, comment field, query string, or another input channel accessible to the user to perform a SQL injection attack.

The most basic type of SQL injection is in-band SQL injection. The attacker can use the same channel to inject malicious SQL code into the application and collect the results in this process.

Even if an attacker generates an error in the SQL query, the query’s response might not be transmitted to the web page. In such a case, the attacker needs to probe further.

In this type of SQL injection, the attacker sends numerous queries to the database to assess how the application analyses these responses. An inferential SQL injection is also as called Blind SQL injection.

Typically, these techniques involve sending data from the database to a malicious location of the attacker’s selection. This method is highly dependent on the capabilities of the database management system too.

An out-of-band SQL injection attack uses your DBMS’s external file process capability. In MySQL, the LOAD_FILE () and INTO OUTFILE functions may be used to request MySQL to transmit the data to an external source.

Cross-Site Scripting (XSS) attacks are a sort of injection during which malicious scripts are injected into otherwise benign and trusted sites. XSS attacks occur when a malicious actor uses a web application to send malicious code, typically a browser side script, to a distinct user. Flaws that permit these attacks to succeed are quite widespread and occur anywhere a web application uses input from a user among the output it generates without validating or encoding it.

An attacker will use XSS to send a malicious script to an unsuspecting user. The user’s browser cannot understand that the script should not be trusted and will execute the script. As a result, it thinks the script came from a trusted source. The malicious script will access any cookies, session tokens, or sensitive information maintained by the browser and use that website. These scripts can even rewrite the HTML page’s content.

Again, prevention is better than cure. Therefore it’s good practice to avoid calling system commands from web applications wherever possible. For cases wherever a system command is necessary, carefully validate user inputs and restrict them by whitelisting.

Note that code injection is completely different from OS command injection. However, if the interpreter permits system function calls, application code may be injected that executes a system command (effectively achieving OS command injection). If the attacker manages to induce remote code execution, the target system should be considered compromised, which is a critical vulnerability.

Unlike the previous four attacks, this one doesn’t exploit unvalidated user input. Instead, it targets inherently unsafe legacy functionality in XML parsers. Therefore it is notably dangerous if your application processes XML documents. The only way to avoid this vulnerability is to utterly disable support for DTDs, or at the very least for external entities.

A CCS injection exploits a vulnerability found within the ChangeCipherSpec processing in some versions of OpenSSL.

During such an attack, attackers send invalid signals during the connection session between servers and clients.. This permits them to seize encryption key materials, access the communication between server and client, and probably perform theft.

How to detect injection vulnerabilities

How do we prevent injections attacks?

In order to protect your web application from injection attacks, you must code it securely. These are some of them: